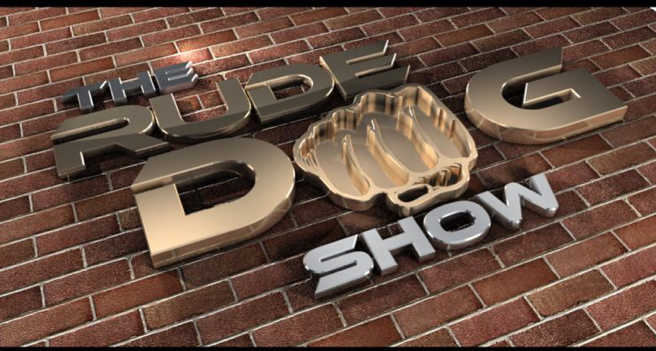 Post-Game vs Liberty [2017]: Mercury’s Own Brittney Griner a 2017 WNBA Peak Performer award winner had her hands full against the New York Liberty as she led the team in all scores [26 pts.], 4 assists, and made 12 out of 14 attempts at the free throw line in 31:38 minutes of play. While Diana Turasi who cracked the record books early in the year by becoming the first player in WNBA history with over 7,000 points, 1,500 assists, and 1,500 rebounds for her career. Turasi went 6 for 12 from the field scoring 17 points to go along with 3 assists and 4 for 5 from 3-point range against New York. Relative newcomer Danielle Robinson would not be out done with gritty defense to go along with 5 for 9 from the field in just under 25 minutes, Robinson also showed her offensive skills with 10 points. While Leilani Mitchell went 3 for 6, 3 for three from the free throw line, 3 assists and contributing 10 points of her own.

Overall: Brittney Griner is the consistent scorer on this Mercury Lynx team, scoring no less than 11 point every night, Brittney becomes an even better scorer as the game progresses and the minutes add up to reflect her hard work on the defense side of the court with a 2-block shot per game average. She works on her Free Throw shooting averaging about 85% to 90% from the line. Leilani Mitchell averages about 10 points per game, plays about thirty-minutes per game and 4 assists. Diana Turasi has proven that she can score at will from anywhere on the court, she averages 1 blocked shot per game and on the offensive side of the ball 17-25 points per game.

You may have heard the consistent intertwining between the political realm and the reality which skews many sports views. Wait, how did we get into a conversation between presidential woes and touchdown celebrations? Perhaps we can look to the beginning of professional sporting events where people gathered to witness and perhaps even capture a glimpse of a presidential candidate. Throughout sports, much like when the United States government decided to separate after a letter written by [one of seven founding fathers to sign the declaration of independence] Thomas Jefferson in 1802 activated a movement to move away from the church.

The awareness between governing bodies and sports enterprises seem to be just as foreign. And they should. Right? The once quiet and reserved governments of years past in the United States has changed forever, once presidential powers’ use of social media [which has been used sparingly during the Barack Obama presidency] were more widely used by Donald Trump.  Prior to tweets by the Trump presidency, the reactions to political pundits on the world wide web had otherwise gone unnoticed. However, the tweets by President Trump which not only have captured the attention of American’s, but those who just happen to play in the National Football League.

The month of September in the NFL means a variety of things including, training camps having come and gone, teams were already into their third week becoming familiar with their respective franchises. Things were not only heating up in the NFL, but over the airways when Donald Trump had taken to Twitter on September 24, 2017 at 2:25pm., “Sports fans should never condone players that do not stand proud for their National Anthem or their Country. NFL should change policy”.  Most teams in the National Football League utilized the stadiums they play in, to protest on stage in front a captive audience no one has ever seen.

The comments had catapulted many NFL owners, coaches, players and others in media backlashed through various channels stating that Donald Trump’s comments were unwarranted, uncalled and not necessary.  Was this more about Donald Trump making his presence know that he’s more interested in the National Football League than the National Basketball Association? Why not the National Hockey League or perhaps even Major League Baseball? Some would even consider Donald Trump’s comments to be more about bringing attention to himself versus looking at even more pressing issues here affecting the United States.

Possibly, getting into a war of words with other entities outside of the NFL could achieve the results he is looking for because owners, players, and the National Football League have had their fill.

Playoffs, you want to talk playoffs and nothing else. Time will tell who is truly out because, a variety of mathematicians have counted even the Cleveland Browns as being playoff eligible [not buying that math due to simply not being a great at math myself]. Teams you might have expected earlier on, during the season to be much better than they are now find themselves sliding backwards. Case in point, for the third straight year, a team that started 5-0 have now found themselves sliding out of playoff contention. The first team to have experienced this [super bowl runner up in 2017] were the 2015 Atlanta Falcons who looked so promising ended their season at 8-8 [.500]. Then, the highest of hopes for the 2016 Minnesota Vikings too found themselves playing 8-8 [.500] football. Finally, the 2017 the Kansas City Chiefs [being owned by the Pittsburgh Steelers] last year, [1 Regular season, 1 Post Season loss] at Arrowhead Stadium last year by a field goal happy Steelers team.

You could probably have asked yourself what is wrong with teams that do possess the talents, highly skilled position players in all phases of football to eventually just fold like a shade you place on your dashboard?  Look at the Chiefs and the fluency by which this starting year had indicated nothing but strength in numbers, with players [like rookie of the year phenom] Akeem Hunt, Alex Smith [prior to playing the Dallas Cowboys on November 5, 2017 hadn’t thrown an interception], a fiery Tight End in Travis Kelce, star pass rusher in Justin Houston among many others. The Chiefs have now lost three out of their last four games and now you may want to insert a “waiting in the wing” player you drafted in the 2017 NFL Draft.

Right now, the play of Alex Smith makes you wonder if something just isn’t right with his mind set. You could look at his play in and out of the pocket and some of his play, just hasn’t looked quite normal whether it’s decision making processes or untimely efforts with poor throws. However, when you keep this in perspective Alex Smith has only thrown four interceptions on the season and were only in week fourteen. This semi-slump the Kansas City Chiefs are in right now, doesn’t purely rest solely on the offense, the defense has issues as well prior to today’s loss [Chiefs 10 Vs. Bills 16] where Daniel Sorenson and Justin Houston both registered a sack.

Just when you thought the Kansas City Chiefs, who started hotter than any team in the National Football League. Now finds themselves playing out of being in any contention in the now wide open American Football Conference [AFC]. Many things had been made up to this point about how “uber good” the Chiefs had become. Just because your “uber good” from the beginning, you can become “uber bad” in just one trip around the block. Just ask Jameis Winston what that’s about, while he eats the “W’s”.