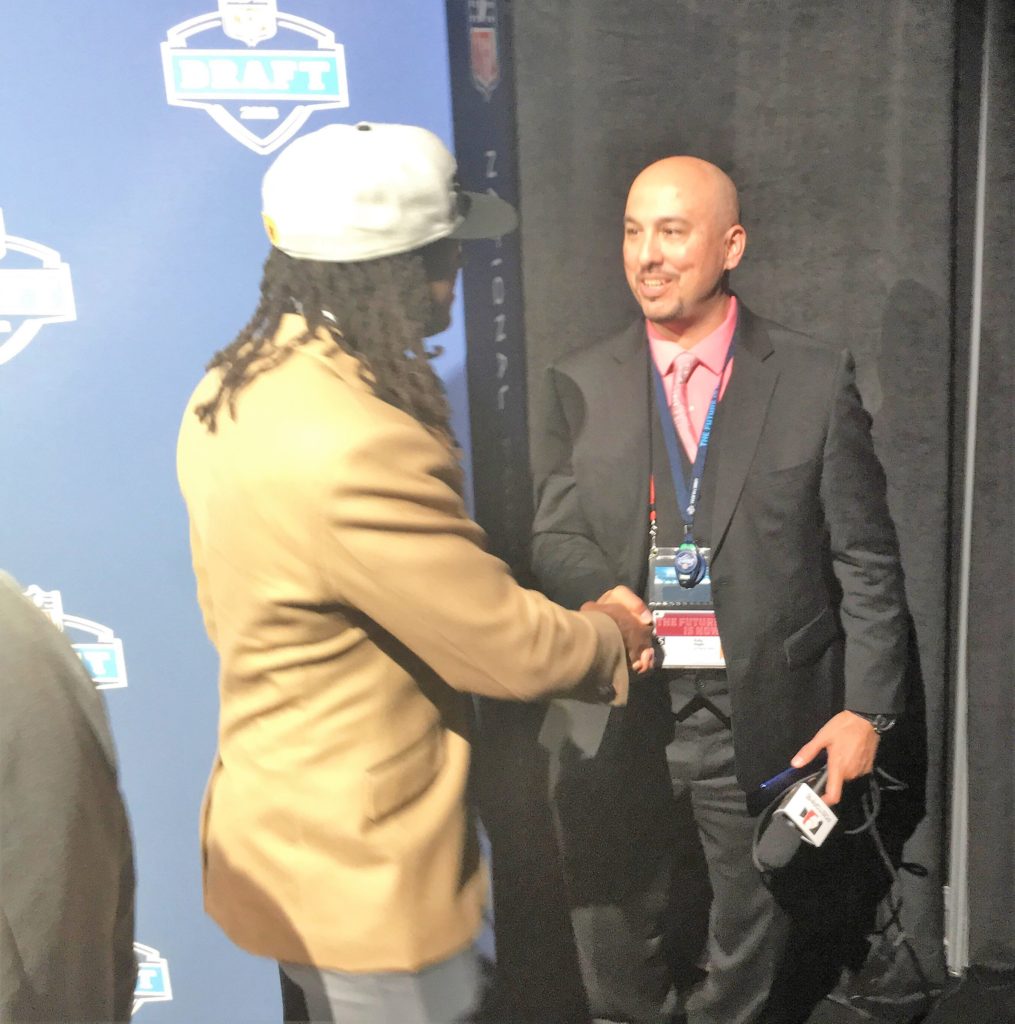 Ready for the next opportunity!

Paul Porras interviews Rudy Reyes about his progressive and aggressive moves to find himself in a situation he is in today, from podcasting to covering sports on television, an analyst at NBC Global Broadcast Operations and a very candid look into what makes him who he is 022219. | Audio: http://bit.ly/2NmRCcn 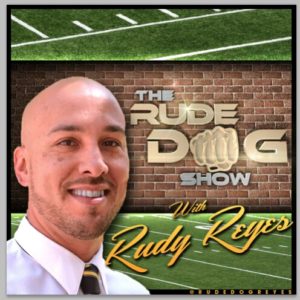 I have competed in various sports on different teams throughout my life, I have coached a children’s farm league team which included winning a championship. I have also played on a Championship Pony Colt baseball team “Phillies”, along with playing flag football as a young man. I am by a nature a very competitive person and have always had a passion for the game of football. I decided to interview former players to the delight of loyal fan-bases everywhere. At times the challenges of acquiring various sports personalities presented hurdles as to how I would acquire players to interview on my show. My desire was to start interviewing former Pittsburgh Steelers Players with the goal in mind to work in the Sports Broadcasting Industry.

I’ve appeared on various shows such as “The Bev Smith Show” discussing real sports related topics, including ESPN Radio with Freddie Coleman talking about the NFL, The Coach Les Show on SB Nation Radio, the NBA, U.S. Olympics and many others. 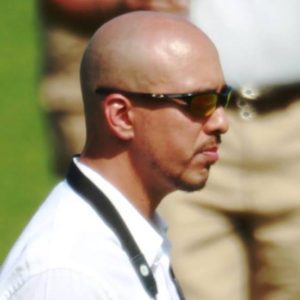 A random professional photo taken at Steelers Training Camp in 2014.

Throughout my time as an intern at 970 ESPN [Pittsburgh, PA], some of the people that I had the great opportunity to interview and meet at the 2014 Steelers Training Camp. were Dick LeBeau [Former Defensive Coordinator] Ryan Shazier, Heath Miller, Jeff Mauro and many others. Some of the players I have interviewed to date include: Tyrone Carter, Marshall McFadden, Levon Kirkland, Mike Logan, Jeff Reed, Willie Williams, Jerome Bettis, Rod Woodson, Max Starks, Andrew Russell, Charlie Batch and many more.

My whole life, it’s been a dream of mine to be a radio broadcaster and/or have my own show. Who would have guessed that the internet would create an opportunity to share what I love best with the people who care the most about listening to not only the player, but listen inventively as to who they are “beyond the numbers“. I decided to gamble at the age of 40 years of age to redirect my attention to a voice over course at Del Mar Media Arts, Irvine, Ca in 2013 which was a commitment that would help diversify my career even further.

I have furthered my knowledge attending Fullerton College in Fullerton, Ca to refine my video and audio editing, public address announcing, My ultimate destination through hard work, determination, passion, drive and persistence is to call play by play or color commentary for an NFL Franchise.

“My ongoing belief is that if you show passion in what you do, eventually someone will pay you for it.“ 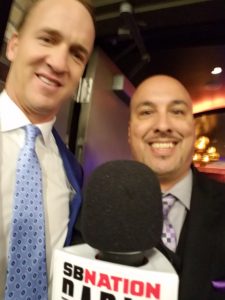 Host, Peyton Manning and myself at the 2017 ESPY Awards.